By the time Geoff and I had gotten to Florence, we were already in love with Italy. In Venice, I felt like I had accidentally stumbled onto a movie set, with the buildings and the canals and the colours looking so beautiful, they must be fake. I loved the maze-like streets and the tiny shops crammed into each other.

In Rome, we understood the custom of throwing coins into the Trevi Fountainy: of course you’ll return someday to the city, there is simply so much to see and explore and eat! It is easy to turn a corner on a street you’ve never gone down before and see a cool statue or fountain or building.

Florence was my top three cities to visit on this trip (along with Reykjavik and Amsterdam), simply because of its beauty and art museums. We were there for 6 days, just before Christmas.

We stayed in the neighbourhood of San Niccolo, across the river from the historical city centre. It was a perfect jumping-off point to explore Florence’s museums and churches. We took our time to see all the major sights, but before we even unpacked when we arrived, Geoff was already trying to buy tickets to see Star Wars! 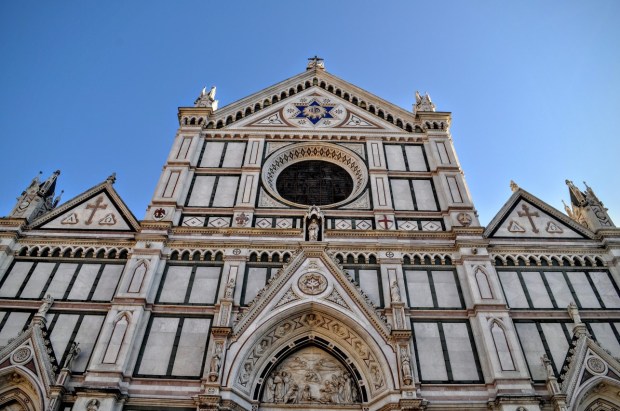 Basilica of Santa Croce in Florence

We started our sightseeing on a sunny day at the Basilica of Santa Croce. In front of the Basilica was the Christmas market, similar to the German Christmas markets, but it wasn’t the same in Italy. I couldn’t see myself drinking mulled wine when there was zero chill in the air. 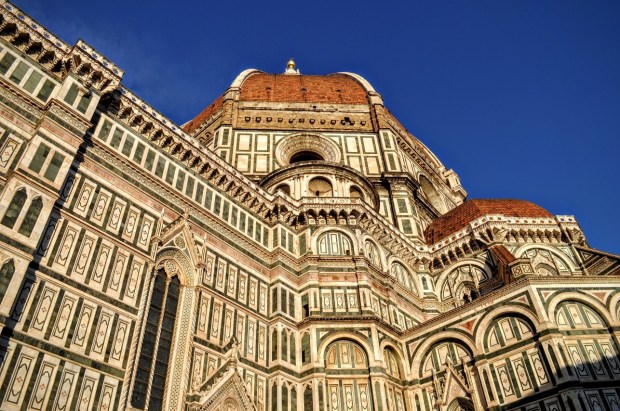 The first time we visited the Duomo, we braved the winding, narrow, spiral, crooked steps all the up to the top to see an amazing view of the city. Well, Geoff did. I got dizzy from the height by the time we hit the section just below the very top. So much for conquering my fear of heights!

The Grand Hall at the Uffizi

The next day, we visited the Uffizi Gallery that is considered one of the greatest art museums in the world. Even the hallways are super fancy. My head kept whipping back and forth to stare at the ceilings, statues, and floors. Almost every square inch of that place is covered with art. 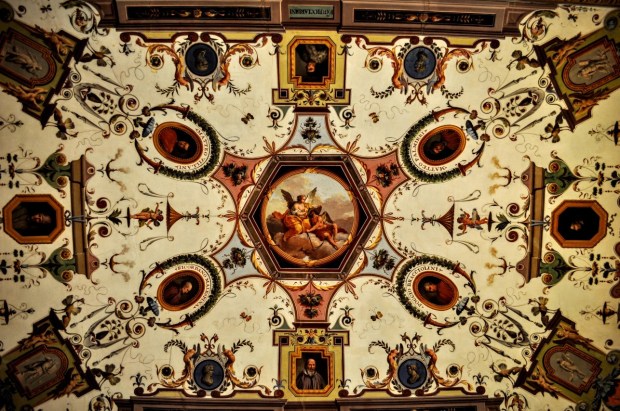 Part of the ceiling at the Uffizi

It was certainly a great way to spend half a day. My favourite parts of the gallery were the paintings on the ceilings, as well as a hilarious painting of a guy is hanging out with a huge glass of wine and tons of fruit. I felt some connection with this painting, seeing as that had become my life in Italy (below, on the left). 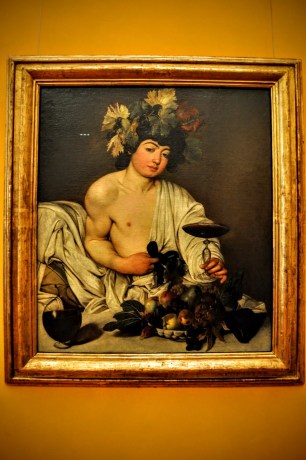 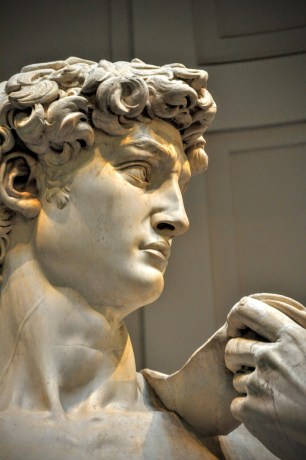 On the Saturday, we lazily woke up and made our way to the Accademia Gallery. People warned us that we should get there before the gallery even opened. But that’s one of the perks of travelling off-season – we got to David super fast and easy. Geoff loved David and we stared at him for more than half an hour. 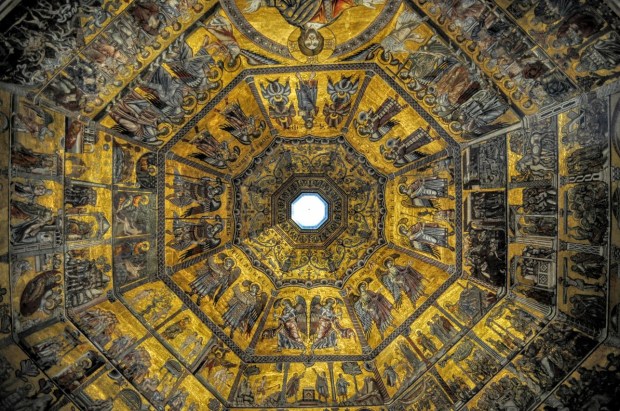 The golden ceiling at the Baptistery of St. John

On the ticket to the Duomo, admission to the Baptistery of St. John is also included. We decided to go in just to get the full worth of our money. We thought we would be in and out in less than 10 minutes. We didn’t expect that  this tiny church to have an amazing ceiling to stare up into. It’s truly stunning because it’s all gold. 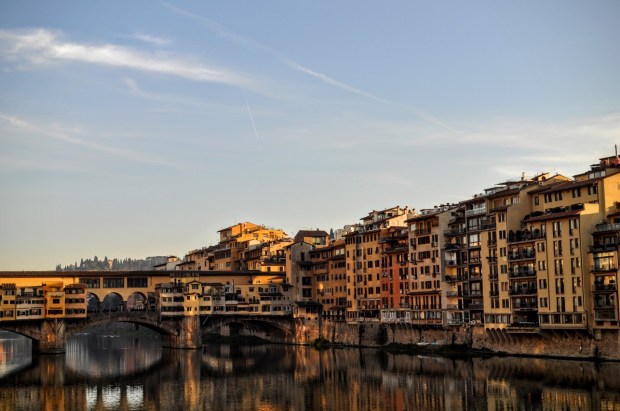 After experiencing Florence, it is one of the prettiest cities I’ve seen!

We got our fill of art and culture in Florence. It is one of the few places that I felt like I had stepped back in time. The architecture is so beautiful and well-preserved, it felt as though I may bump into members of the Medici family or Michelangelo while walking the streets. And like Rome, it glows gold in the sunlight.

There was an error retrieving images from Instagram. An attempt will be remade in a few minutes.