Rome is a sprawling city that has so much to offer, and has tons of tourist spots for visitors to spend lots of money on.

At this point in the trip, we wanted to stop spending money on expensive museums and activities. In some cities we got lucky, like in London, where museums are free to visit. In other cities, we ended up spending a lot of money. The Rijksmuseum in Amsterdam, for example, cost almost €18 for each person (equivalent to $28). After doing that a few times, it really adds up. 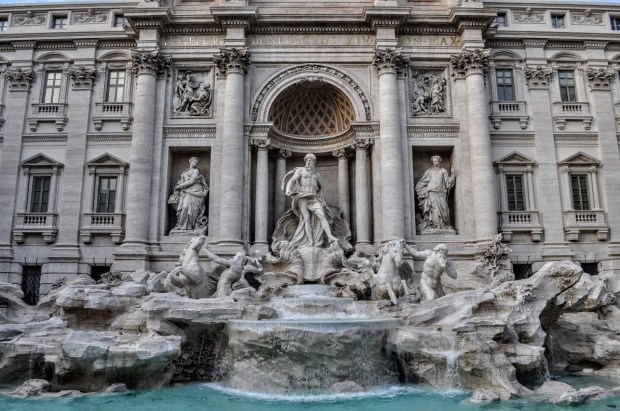 Geoff braved the selfie-taking crowds to snap this photo

For Rome, we tried seeing more things for free and to our surprise, we hardly needed to spend any money! 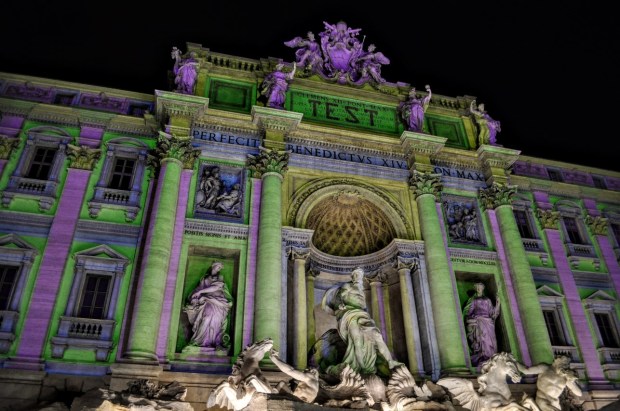 At night, the Trevi Fountain has a neat light display, though we were unsure about the “Test” part at the top…

We went to the Trevi Fountain several times in the day and at night. There are a lot of scammers in the area, but we stayed on the lookout and police were patrolling in the area. It turned out to be a lovely hang-out spot.

When we were there at night, we met an American couple, John and Erin, on a vacation to celebrate their 20th anniversary. John and Geoff geeked out over NFL football things, European football things, and Star Wars. We actually ended up running into them two more times – at the Uffizi Gallery and the Accademia Gallery in Florence. Europe is a pretty small place! 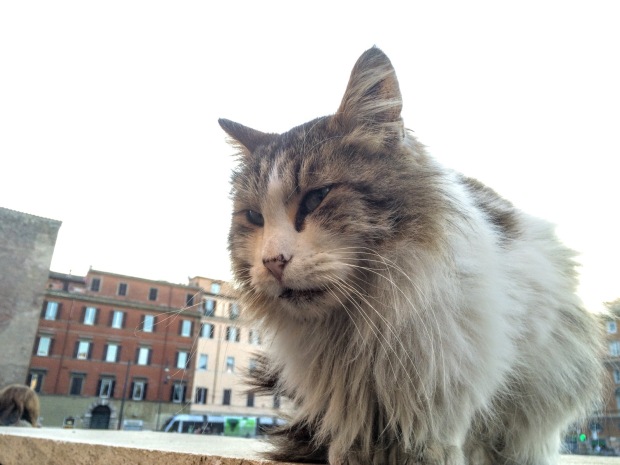 The cats own Rome

The Torre Argentina Cat Sanctuary is right in the middle of the city – it’s some of Rome’s oldest ruins AND home to more than 150 cats. It’s free to visit and when it’s sunny, lots of furry friends are out sunbathing. 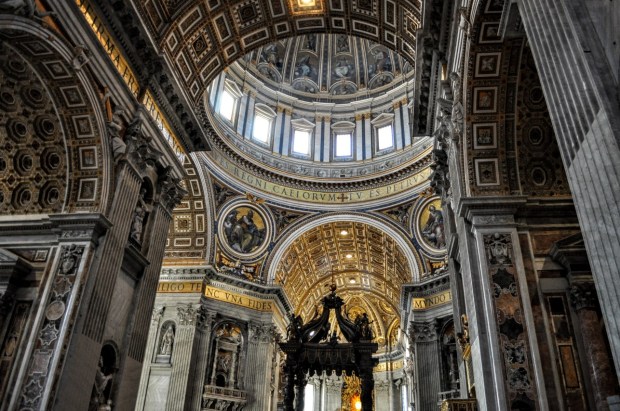 After seeing St. Peter’s, no other church will impress

St. Peter’s Basilica is a biggie. It’s free to visit, though to go up to the top of its dome, it’s something like €8. Either way, it is breathtaking to see. Geoff’s dad was wrong: our heathen heads didn’t explode! 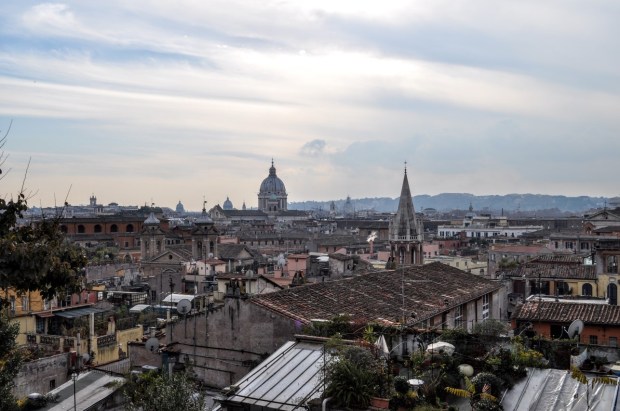 The view from Pincian Hill

We also stumbled onto Pincian Hill which is a lovely, quiet park with a fantastic view and a lot of busts of famous people. Geoff ended up going back and getting a couple pieces of artwork from an artist there. 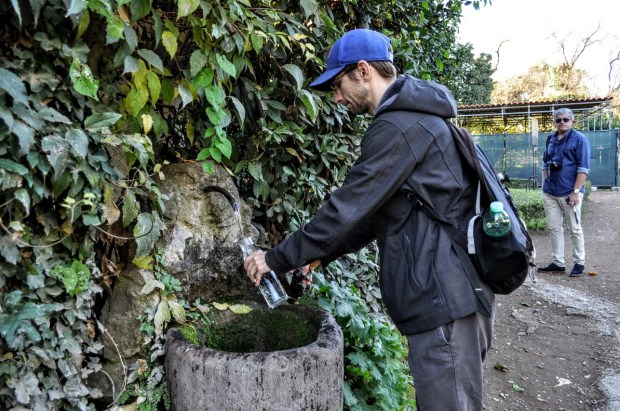 And of course, we didn’t need to spend money on water because of the free fountains everywhere. 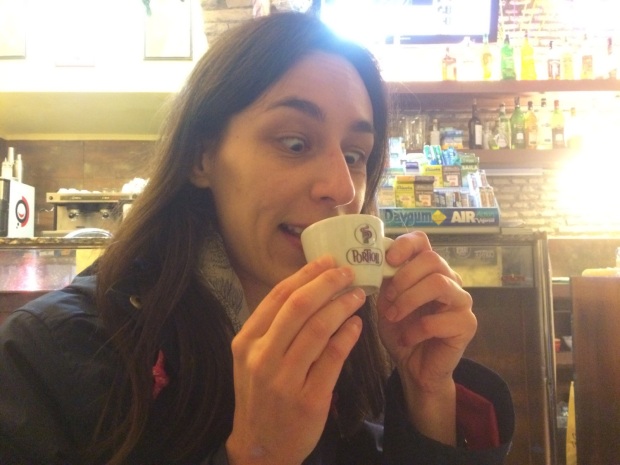 Wandering around Rome, Geoff and I found tons of cool things, like memorials, statues, and views of the city. Of course we people-watched, because Italians are entertaining as hell in public.

If you do want to spend some money while out and about in Rome, my recommendation: find the hole-in-the-wall gelaterias or coffee bars. Two euro gelato and fifty cent shot of espresso will make anyone happy.

There was an error retrieving images from Instagram. An attempt will be remade in a few minutes.